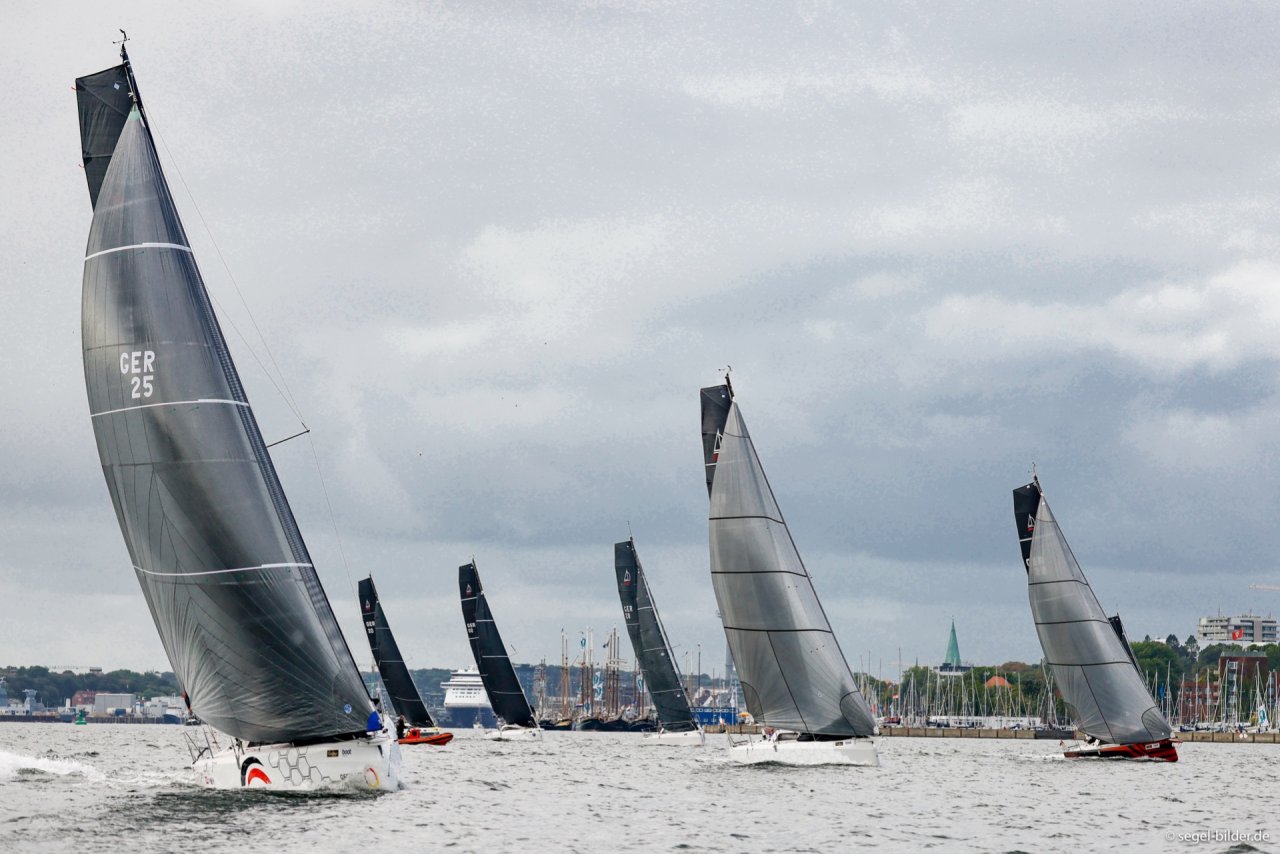 After the surprising decision in favor of an offshore discipline (mixed offshore sailing) for the Olympic Sailing Games 2024, World Sailing has published a list of the shipyards that have responded to a Request for Information (RFI) on time.

World Sailing aims to ensure that the new discipline does not lead to an arms race. Therefore, the type of boat that will be used in Marseille is determined as late as possible. In advance, qualifications are completed with the yacht types that the World Sailing Committee considers suitable for mixed offshore sailing.

There is a list of mixed offshore sailing boats that would be suitable in principle. This also includes the Dehler 30 one design. Fortunately, not all shipyards are interested in meeting Word Sailing's requirements. Only twelve manufacturers (including HanseYachts AG) submitted the requested information.

The exact criteria for the appropriate equipment at the Olympic offshore event will not be published until later. Then it should also be clear with which material the qualification competitions can be sailed.

This process is intended to help event organizers and national bodies define boat material that is readily available and affordable in their own country, in order to hold trainings and competitions for the mixed 2024 Olympics. 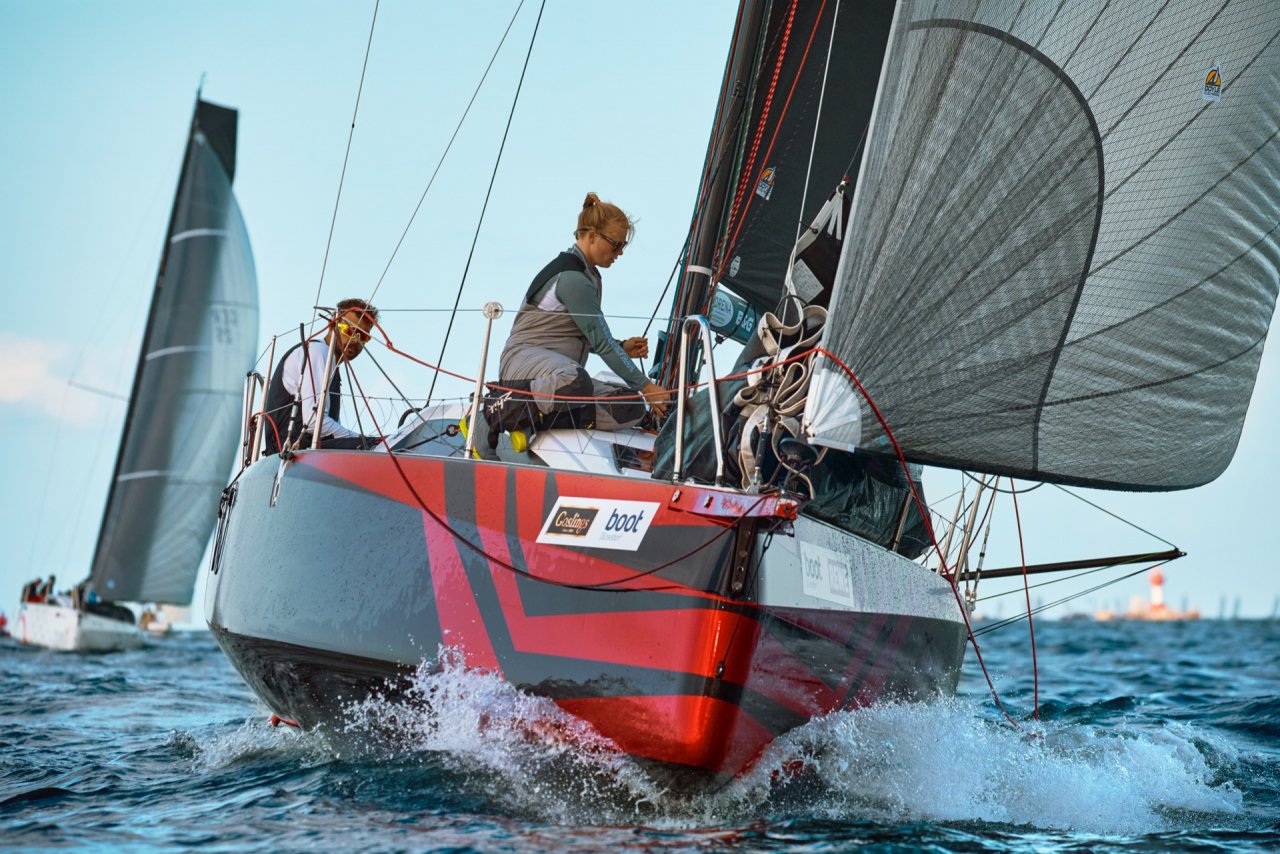 Since the end of 2019, Hamburg-based sailing professional Tim Kröger (55) has been working as a coach for the new Olympic discipline Mixed Two Person Offshore Keelboat, which will celebrate its Olympic premiere in 2024. In this interview, the circumnavigator and two-time America's Cup participant provides insights into the first, unusual months of his work for the German Sailing Team during the Corona crisis, explains the new training regatta concept and reveals what sailing means to him personally.

Mr. Kröger, you just took off as DSV coach for the new Olympic discipline Mixed Two Person Offshore Keelboat, which will debut in 2024. Then the Corona pandemic came along and foiled a lot of plans....

Tim Kröger: Corona didn't help us get off the ground, rather slowed us down, but certainly didn't throw us off track. The consequences of the global crisis have brought burdens and new experiences for many people. For us, too, of course, in our work for the new discipline. But we sailors can answer some of them with the lessons of the sea: We can only come to terms with the situation and must weather the storm with adapted action. So stow everything seaworthy, arm yourself correctly, check the weather report constantly and prepare and act accordingly. This is how I see it figuratively for our DSV commitment in the new discipline Mixed Offshore in these challenging times. We do not let ourselves be upset by cancellations. On the contrary, we are responding to the current conditions with our own concept until the times change again.

What does this concept look like?
Nothing has changed in our goal of finding excellent mixed offshore candidates for the 2024 Olympics, training them further and making them strong on the way to the 2024 Olympics. Due to the lack of available regattas, we are currently pushing this forward with our own training regattas. In this way, we want to give all serious candidates a reasonable framework for sailing, for learning, for testing and for further development.

Where and with which boats should these regattas take place?

We have a very well organized federal base in Kiel-Schilksee, which is ideal as a starting and finishing port. From here, the training regattas will initially take place over 150 to 200 nautical miles. This does not yet correspond to the 500 nautical mile length of the later Olympic sailing course, but in the current situation also gives working candidates the opportunity to take part in the training regattas at the weekend. Admitted are dedicated crews with their own boats in a size range like the later Olympic boat for this discipline, but which is yet to be determined. There is already a short list to guide the way.

What do participants in the training regattas ideally need to bring with them besides their own boat?

Skill, ambition, drive, perseverance and a good race strategy, how to approach and implement such a race. That's what we want to evaluate. We will follow the races virtually and conduct an intensive online debriefing with all participants after each training race to drive optimization and further development.

How many training races are initially planned?

We want to start on the last weekend in July and then continue the series every few weeks, probably into November. We are still finalizing the exact dates. Seriously interested participants can ask us for them. As soon as the schedule is complete, we will also publish the regatta dates.

In the short time you have had to gain insight into the scene and engage with potential candidates due to the Corona crisis, have you been able to gain any initial insights into the level of those interested?

I have spoken to a great many interested parties since the end of 2019. The candidates range from well-known sea sailors to newcomers and lateral entrants also from other Olympic classes. There are promising sailors among them. So far, however, very few women, whom I would like to motivate expressly to test and try out if they are interested. I am convinced and already see that the choice of the new discipline Mixed Two Person Offshore Keelboat for the 2024 Olympics will build many bridges to the classic sailing sport with two-handed teams. For the beginning, we are explicitly inviting all-female or all-male two-person crews to our training regattas as well. The trend towards two-handed sailing and two-handed regattas is clearly increasing and we want to reflect that. If you don't have a partner for a mixed team just yet, but are interested in this Olympic discipline, you are absolutely welcome at our training regattas this year.

Unfortunately not. They went overboard in the Corona pandemic. That's a pity, because we had a good concept for the elimination with the J70 boats, which was also well received by the almost a dozen registered teams. There were strong crew constellations and a few well-known names on the list. Of course, the elimination would have given us the opportunity to put the potential teams for Malta through their paces. Some had already prepared intensively. I would have loved to see this elimination. But we have to cope with what is currently possible and, despite the many canceled regattas, we are now staying close to the ball with our own concept. It is the sailors that we as the DSV want to promote. We are now doing this in an alternative way until there are other possibilities again.

It is rather rare for sailing professionals to take on a coaching role in the association. What motivated you to do so?

Several factors. After intensive and good discussions, I found the offer from DSV Sports Director Nadine Stegenwalner to be an exciting challenge that takes place precisely in the sector that is also my professional field: sailing. I myself have always enjoyed sailing in mixed teams. For me, mixed sailing is quite natural. And it may sound a little sentimental, but I also like to give something back to the sport of sailing, which has shaped my whole life and given me so much. I can do that now as a coach in the Olympic field. Whether I will always do it perfectly, I don't know. But I will certainly do it with my professional background, all my experience and with heart and soul.

How did you experience working together in the first few months?

Open, dynamic and constructive. I experience that all those who work in the German Sailing Team for the Olympic sailing sport and especially for the athletes are very committed and passionate and really want to make a difference. I like that.

You yourself have sailed in the Olympics for many years, have circumnavigated the globe twice, participated in the America's Cup in 2003 and 2007, are a world champion and have been a professional sailor for 30 years. What can you give your new young teams to take with them on their Olympic journey?

Apart from experience and craft, hopefully one or both of the mottos that guide me. First: Go hard or go home. Second: If you fight, you can lose. And only if you are a good loser will you be a worthy winner. In other words, we are not looking for ready-made serial winners, but for strong types, sailors who are ready to set off on this new Olympic course with us.

The job as a mixed offshore coach is part of your work. Beyond that, though, you are active in other areas....

I continue to work as race crew manager for the J-Class yacht 'Topaz' and also manage a number of individual regatta projects as a sailor and coach.

What does sailing mean to you?

Apart from my family and friends, almost everything. It is and always will be a perpetual challenge, lets me earn a living, drives me, challenges me and mostly makes me happy. 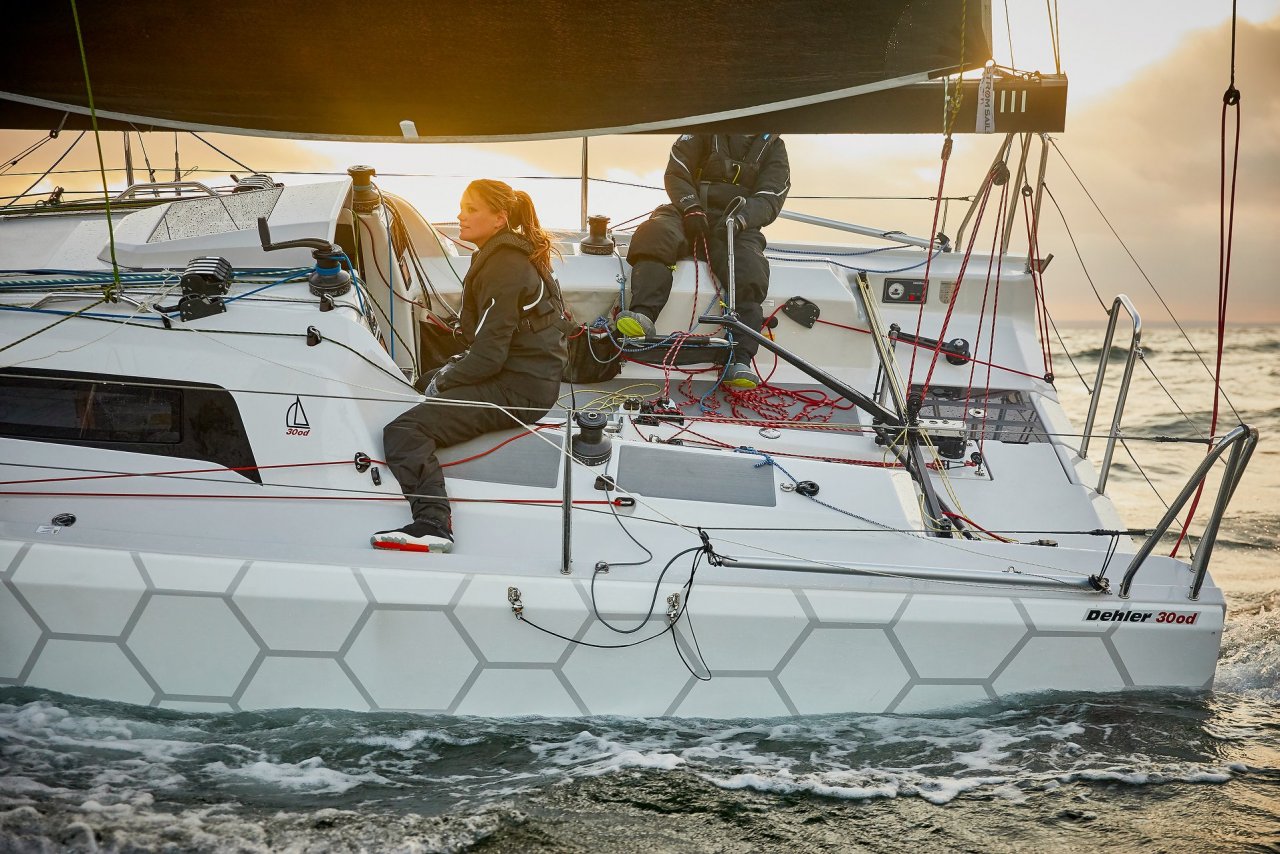