Regatta results, reports and pictures from 2020

The 2020 regatta season was a special challenge for us as a class association. We are therefore particularly pleased about the numerous regattas with the new Dehler 30 one design. Here you will find the results and impressions of the regattas as a short report and with many pictures of the regatta tracks. Do you still have photos or reports from regattas with your Dehler 30 one design? Then send us a short email and we will add it to our site.

Oliver Schmidt-Rybandt and Otto Timm put in a great regatta with the Power Play. They were consistently in the top group of the regatta field, which they led at times. On Sunday lunchtime they crossed the finish line safely in an excellent fourth position after sailing time, and were able to keep the connection to the first ship home, Frank Eckardt's Pogo 40 Black Pearl, until the end. Andreas Deubel and Rasmus Töpsch arrived a little later with the "Calle Dr. AJ Aguiar" (short Dr. Calle maybe?) And rounded off an impressive debut of the Dehler 30 one design. During the race, the speed potential of the two Dehler 30s was impressive one design on all courses. "It's great how they hold on to the front with a 30-foot boat," wrote Kalle Dehler when Power Play led the field in the rounding of Læsø and "Calle Dr. AJ Aguiar" was just behind in fourth place. Impressions from there are at: https://www.facebook.com/dehler30od

Five Dehler 30 one design at the Blueribbon 2020

In sometimes quite rough conditions around Funen, including a very long cross towards Langeland, the crews of five Dehler30 onedesign competed at this year's Blueribboncup to see who is currently the fastest in the country. This time there was (again) the Power Play with Oliver Schmidt-Rybandt, Felix Hauß and Julia Röttger as the first with the gennaker tree over the finish line, closely followed by the joint venture with Uwe Barthel Johannes Christophers, Juliane Barthel and Christoph Wähling. Third place went to Hajo Hensel with his Tutto Bene and Hauke Sponholz and Jan Wilkens. 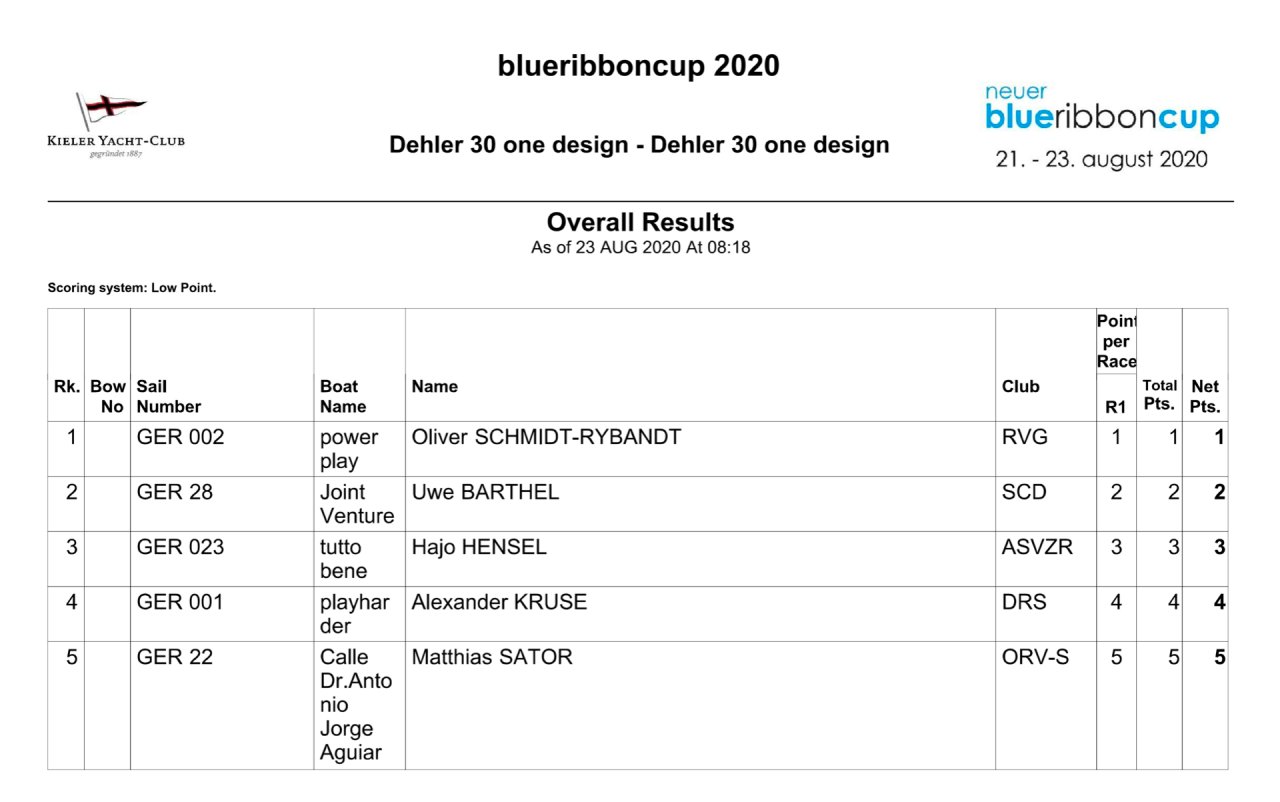 Pictures from the Blue Ribbon Cup 2020

The Dehler 30 onedesign fleet rounded off the season for the class association in a beautiful and successful way with eight registered boats in their own assessment of the best at the Kieler Woche. It all started with an open air general meeting in Düsternbrook on the jetty. According to hearsay from the author, one of the topics was our toilet doors, which are not equally appreciated by everyone. The next morning we went to the first, middle distance of the Senate Prize, which ended with a surprise. Camilla Hoesch and Joshua Weber prevailed on Crazyboats.de ahead of OTG and Powerplay. On the long distance of the Silver Ribbon around Lyø, which brought everyone a nice glide to the island and a long cross back to the gate at the Kiel lighthouse. On the last few miles it was time to sweat again in order to defend the position we had won with short strokes up to the finish line in front of Düsternbrook. Powerplay takes first place, OTG with Robert Stanjek and Morten Bogacki takes second and Play Harder with Calle and Thomas Dehler takes third. 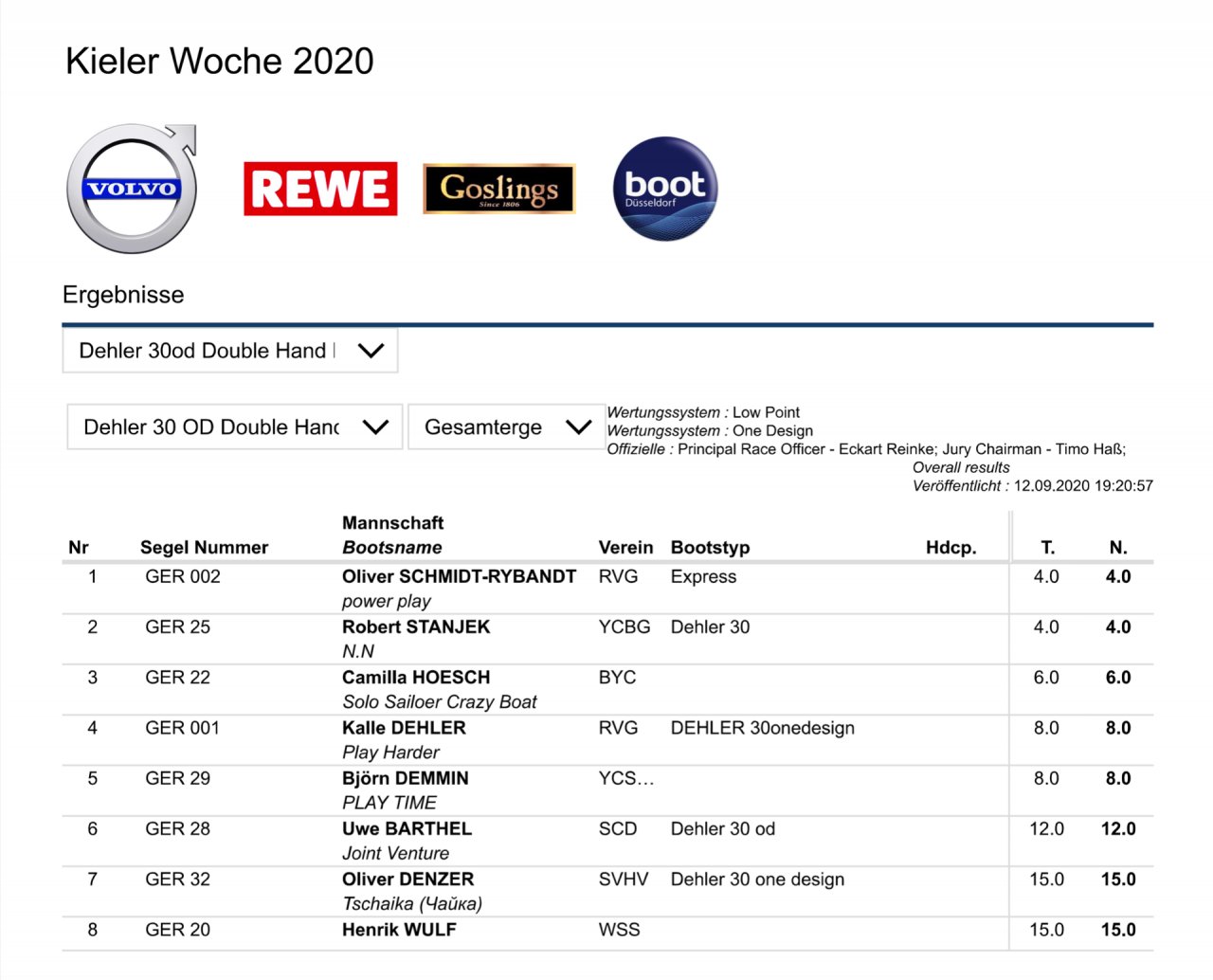 Pictures from the Kieler Woche 2020

Baltic 500, Rund Bornholm and the Sydbank Cup are the focus of a joint appearance of the fast growing Dehler 30 one design fleet this year. But also at the Kieler Woche, Rund Rügen and Rund Skagen should be started. Several messages about the Midsummersail are also included. Spring training in Warnemünde is also planned. The exact dates will follow shortly.

Numerous regattas for yachts with a full crew take place under ORC / IRC handicap systems. In practice there are at least two races per weekend in the broader Saronic division (Athens) and one race per weekend in each of the other geographic divisions. 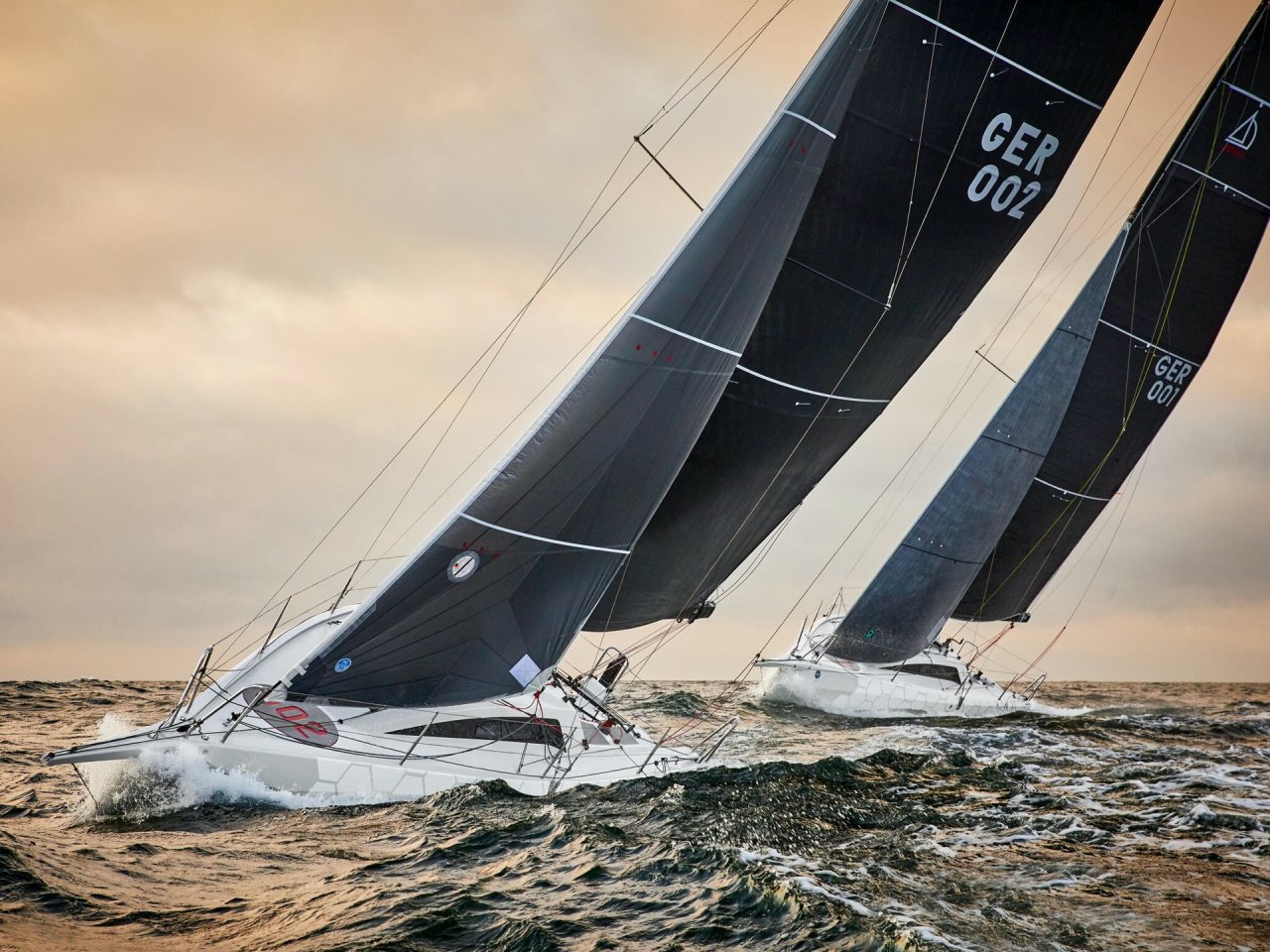